Jordan -The land of Hospitality

Welcome to Jordan! This country is as much yours as mine. Have a great time” Said the owner of Hashem Restaurant in Amman and I could have never felt safer.
The Hashemite Kingdom of Jordan considers tourism to be the cornerstone of its economy, with over 8 million visitors per year until 2010. The data, however, does not look very pleasing lately. Jordan has seen a 70% decrease in the number of tourists post 2011 as a result of grave tension at the neighbouring countries.

Why did I not re-consider?

So when I decided to travel to this wonderful country -Jordan, I was prepared to face a few raised eyebrows, a lot of shocked faces and tonnes of questions right from “Is it safe?” to “You do know what is happening in the news, right?” and let us not forget the blatant statement “You are taking this whole traveling the world thing a bit too far! Why don’t you go to Europe?” Well, unfortunately, one tends to make an extreme judgment of the country relying on western news sources. For, everything in mainstream media may or may not be the utter truth. And with the number of travel blogs I read, there was no scope of clouding my judgment with what most media has to say.
The concerns deepen not only because Jordan is a part of the middle east, but perhaps because it shares its borders with Saudi Arabia, Syria, Egypt – basically some of the most controversial countries of our times. Yet again, there is no place you could call the safest. May it be the sudden shootings in broad daylight in the USA, terrorist attacks in Europe, Molestation and Rape in Asia – terror is everywhere, the least you can do is be careful of your surroundings while traveling, just as you are otherwise.
A glimpse of Jordan
“Welcome to my country! Hope you have a great time” “Indian? Indians are the best people I met” “Welcome to Jordan! Don’t worry be happy” “Welcome! Would you like to have some tea?” Welcome, welcome, welcome! I have not felt so welcomed anywhere till date. Yes, interestingly enough not even in all the states of my own country. The warmth with which Jordanians welcome you was a big take away from the trip.
Jordan is an Arab country towards the east of Jordan river. Dotted with thousands of archaeological sites right from Palaeolithic age, Jordan is a heaven for history buffs. All these sites have traces of Greek, Christian, Muslim, Roman architectural styles- showcasing architectural marvels from over the world. Right from the ancient city of Jerash, the mosaic town of Madaba, the lost city of Petra to numerous castles, churches and carvings on the caves.
Jordan is more than 80% desert, still, has a lot more to showcase – hills in the north, dramatic red sand in the center, beautiful coral down south, volcanic basalt in the east. The cliffs in the Jordan Valley, the lowest point on earth at the Dead Sea, dramatic desert of Wadi Rum and aquatic beauty of the Red sea – there is a lot to choose from, none of which would disappoint.
The local dishes of Jordan like most other Arabic regions includes Pita, Falafels, Kebabs, Shawarma, the variety of spreads and some traditional Bedouin dishes. While meat is dominant in Arabic cuisine, vegetarians have quite a few options to choose from (it may not be the best of what Jordan has to offer). I almost had an overdose of sugar, drinking the oh-so-yummy Jordanian herbal tea (black tea with sage leaves), I did my best subsiding the sugar levels by gulping down some Turkish coffee, every now and then. The cost of eating out in Jordan can be minimal if you pick restaurants carefully and stick to national dishes. A falafel sandwich or a Shawarma would cost you about 0.75 JD to 1.0 JD at most places, while touristy places like Petra the same goes to 3 JD-5JD. Tea most places would cost 0.5 JD and a Turkish coffee ranges from 1.50 JD to 2.JD. Bustling cities like that of Amman and Aqaba has a number of western food joints – Starbucks, MC-Donalds, Burger King, Costa Coffee, Dominoes and more, prices there is pretty much the standard as in India.

Why should you visit Jordan?

There is a lot that Jordan has to offer to a traveller – Culture, History, Food, Nature reserves and unsurpassed hospitality. I wanted to experience all of it and more. Tourism industry plays a major role in Jordan’s economy. With the onset of increasing tension in the neighboring countries Jordan’s economy is hit hard, primarily because of two reasons: Increasing number of refugees (about 6 million of them) and Decreasing number of tourist (About 70% decrease, due safety concerns).
Jordan, though rich in History is a fairly modern Arabic country. Having been to Jordan I can vouch for one’s safety and also how the economy needs tourism to revive itself. Jordan has welcomed refugees with open arms. Some of the neighbourhoods in Amman are dominated by refugees and some kind souls who are helping them by volunteering (both locals and travellers). One can spend the time teaching kids or donating money to many organisations working for them. I met a bunch of individuals from France, they were working on a project where they taught kids vocational skills like music, video making and photography. If one does not have the time to volunteer the least one can do is to take that much-needed break from your monotonous life and visit Jordan. Not just for leisure nor for adventure but to give the country a boost and giving back the community. There are so many ways you can help them, imagine, your travel bug could help this land of unparalleled hospitality and in return, you get to fuel your wanderlust – sounds like a fair deal to me. 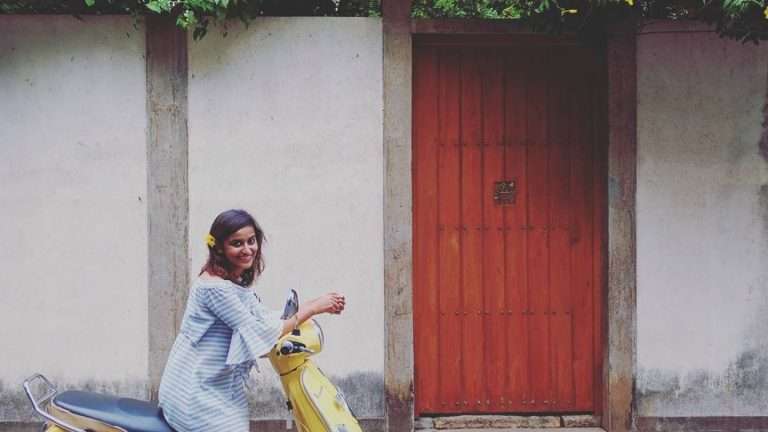 Come travel with me!